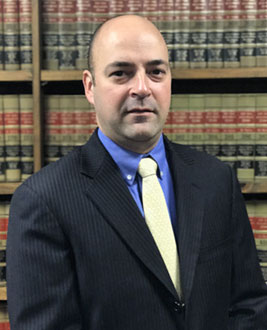 John J. Kramer joined the firm in 2001. Prior to joining the firm, John was employed for
seven years by a solo practitioner in Nassau County, New York. John focuses his
practice of law on general practice matters with a concentration on Real Estate, Wills,
Trusts & Estates, Elder Law and Corporate Law.
John received his Juris Doctorate from Touro Law Center in 2001 and a Bachelor’s
Degree from Iona College in 1998. In addition to being admitted in the Courts of the
State of New York, Mr. Kramer is also admitted in the United States District Court for
the Eastern District of New York.
John resides with his wife and child in Massapequa, New York.