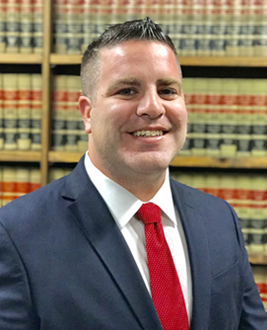 Brian R. Kenney joined the firm in 2009 and became a Partner in 2018. As a member of the firm’s Litigation Practice Group he represents clients in a wide variety of complex matters. Brian’s philosophy with regard to representation is simple: provide each and every client with aggressive, tailored and professional representation. Brian recognizes that each of his clients have placed a great amount of trust in him, and he takes that obligation with extreme sincerity and humility.

Brian received his Juris Doctorate from Touro Law Center in 2009 and his Bachelor of Science Degree from The University of Scranton. Prior to entering the practice of law, Mr. Kenney was a New York City Police officer earning citations for both excellent and meritorious police duty. In addition to being admitted in the Courts of the State of New York, Mr. Kenney is admitted in the United States District Court for both the Southern and Eastern Districts of New York.

Brian resides with his wife and two children in Oceanside New York. In his spare time, Brian coaches youth soccer and enjoys golfing, boating and spending time with family and friends.